We boost our clients' sales.

as well as the adoption of agile and digital tools focused on one single objective: user, consumer and client loyalty.

Our mission is to improve your results.  We do not implement methodologies.

Find out more
CHALLENGES WE HAVE

“In the last ten years everything has changed except our way of selling. The results and the times call for a change.”
“We sell but we can´t retain the customer. Our customers buy from us but don't appreciate us, and we lose them very quickly.”
“We have a lot of data about our customers but we don't share them with each other or use them to serve the customer better.”
Previous
Next
If you are facing similar challenges, get in touch with us

Tell you about our way of transforming

The collaboration with ActioGlobal has brought a profound change for our company and all our colleagues. ActioGlobal has helped us to master the different challenges we were facing. Thanks to the radical prioritization of our objectives, we have focused our activities not on the task but on its impact. The organization has done an exceptional job of aligning around common business objectives and working in concert, which has powered us to maximize our agility and efficiency. A great move that has allowed Orloga to grow exponentially to double our revenue. 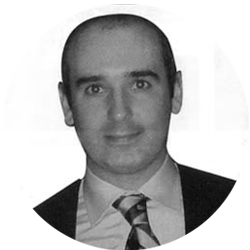 Pablo Amunárriz
Director Orloga
ActioGlobal has been very successful in introducing a methodology that allows us to order, align and measure the progress of business in an organization as complex as ours with nearly 100 multidisciplinary teams. This is especially difficult in an organization that is not only a matrix, but at least comprises four different businesses in the same organization. In this environment, managing a cross-sectional area like the one I manage, which has dependencies with many vertical areas, raised significant issues. On the one hand, the product teams often forgot to incorporate the commercial input and, on the other hand, the commercial teams had dependencies on other teams in the company and it was difficult for them to get considered within the tasks to be developed by the other teams. Working in the PEAK framework, planning quarterly based on the fulfilment of some objectives and KRs involving previous work on communication between teams to definitely reach handshakes. It is also indispensible since the the multidisciplinary teams have to incorporate sales people if the fulfilment of KRs requires it. Applying this methodology allowed to solve the above mentioned problems to a considerable extent. No less essential has been the role of this methodology during such a special time as the pandemic when teams are have been working from home. I believe PEAK has been the key that has allowed the machinery to keep going.

David Manchón Mauri
Director General Comercial, Adevinta
Now I know that through Agile, we can put the customer at the centre of our mission and organize ourselves in a different, totally cross-functional way. This allows us to accelerater, be more innovative and not get lost in actions that do not make sense to the end consumer. 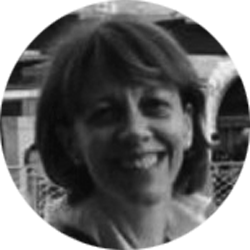 Cecile Hesse
HR Director, Danone
Mental opposition to change prevents teams from unleashing their full potential. However, thanks to the change of mindset and methodology we developed through ActioGlobal, we have improved our alignment and focus on sales teams, achieving progress with positive energy in any work environment. 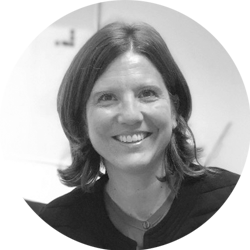 Customer in the center.  People in front.

Learn how to do it

SUMMARY OF THE SOLUTIONS WE HAVE IMPLEMENTED

We make customer, consumer and user loyalty an organizational imperative, eliminating the traditional barriers between marketing, sales and the rest of the company. We create multidisciplinary, self-organized teams that use Agile practices, data and digital marketing as well as digital sales technologies to better understand customer needs and continuously surprise them.

We accelerate customer acquisition, activation, conversion and loyalty for the companies we support. Starting with the correct definition of the “Buyer”, we develop together with our client the Customer Journey to visualize the needs of the different profiles of the “Buyer” at any moment of the purchase process, as well as to understand how the customers think, what they are interested in and what type of information and data they need in each phase to be able to move forward.

We multiply our clients’ sales results through the implementation of effective cross-selling and up-selling strategies. These strategies are implemented on the basis of a deep knowledge of the buyer and his/her her Buyer Journey. From understanding the needs – may the be expressed or not – existing, however, in each profile of the buyer, we are able to motivate the purchase of complementary products along with the main product through cross-selling. With up-selling, we encourage purchases that improve or optimize the main purchase made by the customer.

We create services with a strong commitment to surprise the user or client, at all points of contact. Having deployed the practices of Lean Management in more than 30 hospitals and 40 hotels of the Marriott Group,we have used the our deep knowledge to create our own methodology. It focuses on making services deliver to the users the value they need, where they need it, when they need it and also in the quantity and form they need it.

We multiply the results of the sales teams, developing them and accompanying them through our proven methodology PEAKⓇ Performance. With PEAKⓇ we put Agile methodologies and digital tools at the service of an integrated sales cycle that enhances prioritisation by data, excellent execution, learning and alignment as well as continuous innovation. This cycle facilitates the development of professionals and teams, becoming increasingly self-organized and effective in attracting, activating and retaining customers.
Let's talk

If you desire to shape the future, through Agility, Digitalization and High Performance then let´s make it come true – together.