Toyota in Five Verses of High-Performance 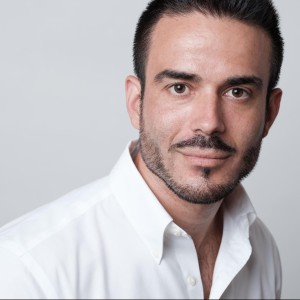 For months I´ve wanted to share one of the latest messages that Akio Toyoda, President of Toyota, addressed to everyone in his organization.

Now at last, with this article I take the opportunity to analyze what I consider authentic management poetry, in verses without rhyme, but with the rhythm that moves the best organizations in the world, the High-Performance Organizations.

1.-Connection to reality: medicine against complacency

The message begins by connecting a successful organization of almost 400,000 people to the reality of an exponential change in which the sector finds itself. One of the greatest transformations in the history of the automotive industry, which, as Toyoda well defines, is one of those revolutions that happen „once in a century”.

Electrification, automation, connectivity, sharing – technological innovation in these and other areas is advancing rapidly.

A context with new rivals is beginning, under new rules of competition – not to win or lose, but to service or perish

An authentic medicine against complacency and the status quo for the 15th largest company in the world, according to sales, profits, assets and market value, ahead of Microsoft, Alphabet and the rest of its more than 14 major competitors worldwide.

The good thing about this medicine is that it is administered at a time of strength for Toyota due to its operating results, and brand value

Behavior leads to result, and exactly when the best results are being achieved, it’s time to stop complacent behavior as it may jeopardize the continuity of extraordinary results in future.

What some of the Silicon Valley coffee-shops are only able to present on a PowerPoint-slide, Toyota is able to make it happen in one of the largest private companies on the planet.

Toyota is transforming from a mere car manufacturer to a company that ensures freedom of movement for all people on the planet.

This is a Massive Transformative Purpose:

Mobility for all―bringing the joy and freedom of movement to all people―is the goal that we must work toward as an automotive company.

3.- "Ambidexterity" from the Gemba

As several studies show, the most recent from BCG’s Henderson Institute, like no one else Toyota handles the misunderstood contradiction of effectiveness of exploitation with the unpredictability of exploration. In fact, according to the same recent research, it is a worldwide stage that it shares with Zara (Inditex) and Amazon.

But unlike these companies, Toyota uses the principle that has allowed them to manage the operation like no one else – Genchi Genbutsu – as their most effective weapon to lead the exploration via Toyota Connected and the Toyota Research Institute, the latter working in cutting-edge technology for autonomous mobility.

Whether we are considering future mobility or designing current mass-market models, we always start by paying close attention to our customers and their needs.

Building the necessary customer rapport for this takes time and sustained effort.

All of these achievements have been built through the application of a Genchi Genbutsu (onsite, hands-on experience) approach and ongoing, real-world effort.

We will continue to build on the strengths we have accumulated in the real world as we pave the way in the virtual world. In doing so, our goal is to create new sources of strength for the future.“

Here Toyoda refers to exactly the cultural strengths they have developed and formalized by their Toyota Way:

– Challenge: For Toyota, facing challenges by far is not enough. For the company, the challenge starts by maintaining a long-term vision each and every day, which makes them continually question the way they think and act.

– Kaizen: At Toyota, it’s not just continuous improvement as it is understood in Western cultures. Kaizen is a way of thinking, acting and learning individually and collectively to innovate in a differential and disruptive way through many small synchronized steps towards a common goal.

– Genchi Genbutsu: In practice, Genchi Genbutsu is understood at Toyota that everyone in an organization, but especially leaders – including senior managers – does not spend all their time in separate offices or meeting rooms receiving information via reportings and reports, minutes, or KPI cockpits. Far from this procedure, Toyota´s leaders spend time collaborating with their teams wherever their products are developed, manufactured, tested and delivered to customers. For Toyota, this is the foundation on which leaders can perform their jobs properly, make decisions, build consensus and help achieve the expected results.

– Respect: Mutual trust and respect between management and employees is one of the central principles at Toyota. It´s the principlle that bulds the fundamental axes of human development at Toyota.

– Teamwork: This principle, perhaps the least studied and least understood in The Toyota Way, refers to Toyota’s strong focus on collective action; by maximizing the skills of every single team member to work in a synchronized and aligned way to achieve a common goal.

4.- Compete with the rivals. Collaborate internally and externally.

Toyota put an end to any approach of competition within the group. They compete with their competitors in the markets, but internally, they focus on collaboration:

“In this urgent time, there is no room for intra-Group competition; the future of the Toyota Group depends on enhancing its competitiveness as a united whole.”

and involve all the partners that are necessary to realize the Massive Transformative Purpose, which unites them all.

We deeply understand the importance of collaboration. More than ever, we will need the help of a wide range of partners as we transform Toyota into a mobility company.

5.- Create the future with speed and detachment from past success

Toyota doesn´t rest even for a second to indulge in their successes. Toyoda’s speech goes further and calls for letting go the devotion to past success to create the future:

Perhaps the greatest hindrance to reforms and innovation at Toyota is its experience of past success.

And the speech affirms what kind of leadership and behaviors are needed to create the future and let the past be past:

We are serious about creating the mobility society of the future. Accordingly,

We must look beyond existing frameworks, rally like-minded partners, and leverage our respective strengths as we continually take on the future.

... the key to action will not be adherence to precedent, but rather speed and disregard for precedent; the leadership needed will not be consensus building, but the ability to rally people behind a cause.

What remains to be added by me as a bottom line: without a doubt, it´s these five verses I analyzed above that set the rhythm for those organizations that are leading the future.