“Drumbeat”: make the heart of your organization beat stronger 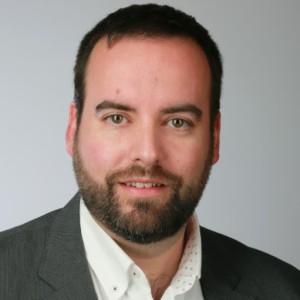 There is a certain level of uncertainty inherent to any activity or project aiming to generate sufficient impact to change the status quo. Consequently, the outcomes achieved do not always meet expectations.

Admittedly, in a deterministic world this level of uncertainty would be totally negligible and a causal relationship could be established between the actions taken and the outcomes achieved, however, let us face it: this world is on the brink of extinction.

Today, doing the same thing over and over again and expecting a different result is no longer a sign of insanity, as the famous quote originally says. On the contrary, it is a clear sign of understanding the inherent complexity of the environment we live in, it´s the manifestation of an exponential mindset.

At the beginning of any project, when proposing a set of actions that are expected to lead to the desired objectives, it is very common to have an erroneous preconception of the impact or contribution that each one of them may have on the final result.

Once each of these actions is being implemented, reality sets things in place and, very often, it´s precisely those initiatives that seeming to be of minor scope that end up with the greatest impact.

But this complex relationship between actions and results can also manifest itself in the opposite direction when the implementation of individual actions does not substantially modify the results of the system. Many of these cases are due to a compensatory reaction from within the system itself.

To illustrate this phenomenon, take the example of those organizations that launch a specific and forceful initiative to reduce costs. Unless this initiative is accompanied by changes in the internal functioning of the organization, it will often result in costs just being shifted from one cost center to another resulting in a rather limited effect on the final result.

By far, it is not a simple task to manage systems: in many cases, it is infeasible to establish a cause-effect relationship between actions and the results obtained since the interaction between the different components of the system has a greater impact on the result than each action individually.

Hence, the pretension of managing a system by controlling only the design of actions and expecting everything to work according to plan is usually a mistake that will make the system drift in the short term.

“I love it when a plan comes together” is a phrase made popular by the television series “The A-Team” during the last decade of the past century. In the 21st century, success is no longer the result of an excellent plan.

On TV programs everything works according to a given script – in real business life experimentation is needed to learn and find a better way.

In environments of uncertainty, a process can only be managed effectively and efficiently if the results obtained are frequently evaluated. Feedback is a self-monitoring system that facilitates the identification of the impact achieved by an action.

Consequently, in the complex environment of any organizational system, feedback is essential to ensure success. For practical purposes, it is a matter of establishing a constant and disciplined rhythm of follow-up: a routine aimed at evaluating results and determining, if necessary, new actions.

This frequent follow-up is a basic ritual for the entire project team to participate in. The script to be followed in this meeting is determined by the these guidelines:


Follow-up meetings are the most important routine for project management and should be held at a frequency set by the heartbeat of the project.


The heartbeat of the project is the natural pace at which a team is able to deliver results and impact.

Each project has a particular rhythm of execution and delivery of outcomes. This rhythm is considered as the heartbeat of the project because with each heartbeat, the project takes another development step, implements a set of actions, and generates a certain amount of information and knowledge.

These actions and the results obtained by each of the pulses are the raw material for all such meetings. Projects with a higher pulse frequency, the hummingbird projects, move fast and can change direction unexpectedly. Due to this faster heartbeat, they require more frequent follow-ups. Other projects, the whale projects, have a slower execution pace, but deliver batches of knowledge over longer periods of time and, thus, require less frequent follow-ups.


Conceptually, this model, which advocates continuous self-monitoring of the project outcome, is very different from those models that promote final validation of the project through an audit, a certification system, or simply a checklist.

However, in those cases where a more agile execution system is required, the design of the organization must be changed, not just the frequency of follow-up meetings.

The majority of products or project specifications evolve during the execution of the project along with the creation of the relevant knowledge. As a result, organizations working with a final control model evaluate many aspects of the project during the course of this control for the very first time. The teams working with this model already know in advance that the result of this final control always ends up in a list of deviations to be corrected within a limited period of time. Most of them also know that the time available for the correction of these deviations will be totally insufficient. This is why all deviations will be resolved under the demanding gaze of the customer, who is waiting for the completion of the project delivery.

“Stop the line to get quality right the first time.” Jidoka grants both responsibility and power to every single employee in an organization – and this is what Toyota does in perfection with the

14 Management Principles of their Toyota Way. →

Project outcomes will only be achieved when the environment and the customer´s needs change at a rate slower than the heartbeat of the project itself.

Accordingly, the decision to be made by an organization as to whether its organizational design should match a hummingbird or a whale format must be based on an analysis of the volatility of its environment.

The key to success is to synchronize rituals both with the work rhythm of the team and the demands of the market.

ActioGlobal helps you synchronize this heartbeat.

Have a video call with us when it suits you best.