The 3 Brake Blocks when Starting Up any Transformation
Chapter II: Fear 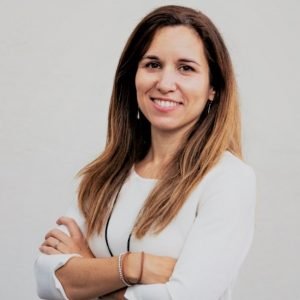 Let’s assume that we have been able to get off the hamster wheel and realize that something needs to change.

The second paralyzer of a transformation that comes our way is fear.


When faced with a perceived threat, three possible responses occur in animals and people: fight, flights, and paralysis.*1

Zebras are well known for their flight in the face of predator attacks, but in fact they are prepared for both flight and fight. Thus, they can become savage biters that in captivity injure more zookeepers than even tigers.*2

Zebras panic when they feel alarmed, so they are much less docile than their equine relatives, horses or donkeys, and that is why it has hardly ever been feasible to saddle a zebra. They are practically impossible to capture even for champion rodeo cowboys who lasso horses. Their excellent eyesight and ability to spot the end of the rope and avoid it prevent them from being caught. These characteristics, together with the fact that they are animals that roam with the rainy season, make them almost impossible to tame.

In all companies there are zebras, people who are seemingly docile, who we would assume will react with paralysis when faced with threat, but to everyone’s surprise, when they feel threatened, they respond by fleeing or fighting.

And in a context of transformation, fear in the face of a threat can be one of the most important paralyzers for organizations, even if people do not respond with paralysis but with fight or flight.

However, unlike zebras, people respond with stress not only to a real threat, but also to the imagination that such a threat might occur, even if it is extremely improbable. This is excellently described by Robert M. Salposky in his book “Why Zebras Don´t Get Ulcers”: a zebra only gets stressed when faced with a predator, i.e. a real threat. In contrast, humans, just by imagining that predator, although it does not actually exist right now, shoot up their levels of cortisol, the stress hormone.

The “zebras” in our organizations are highly dangerous. They seem tame, almost harmless creatures, but when confronted with a threat (real or imagined), they are likely to respond with rage to prevent change.

What are the main threats that “zebras” see in organizations? The fears that each person perceives or imagines can vary widely depending on their position and personality, but among the most common are the following: